TECHNOLOGY
Smart phones, tablets, smart watches, GPS, Bluetooth and social media are some of the new friends of private detectives and till today, this friend list goes on and on with the introduction of every new latest technological gadget in the market.
These technological gadgets are simply making the life of private detectives more and more easier. Those tasks which used to take around 2-3 days for completion, takes only a few hours now and those tasks which used to take a few hours gets completed in few minutes. All thanks goes to one and only “TECHNOLOGY”. Modern technology is slowly becoming a new side kick of today’s private detectives.

Let’s say, a private detective is hired by a company to do background verification on a prospective employee (say Mr. X). In 2019, for private investigation, he has a lot of options and technological benefits, to complete this case. If, he is investigating upon the work history of Mr. X, then he can easily find if the name of the company, mentioned in his bio- data under his work experience is genuine or fake by simply searching about the company through internet. He can even find the contact number/ email address of the company, from internet and enquire about the said person in a discreet manner. To judge the moral character of the said person, he can search via online public data bases. From this, he can know whether Mr. X was previously involved in a criminal activity or any such thing. He can also go through Mr. X’s social media accounts for further verification. Obviously, even after conducting a few online searches, he would still be needed to gather some more information physically, in order to properly complete this case. But, if we look into this situation, it cannot be ignored that technology has played a significant role in this case and with the help of technology; the private detective was able to successfully solve this case, while saving much of his time and energy. All over, it will take around 3-4 days or a week at maximum to successfully complete this case.

Now, if we consider the same situation with a little difference, let us see what happens.
So, in this situation, the same detective is given this similar case but there is a small difference, let us think that he is living in a different time period, where technology was not so advanced as it is now , say in 1940’s. Here, everything is required to be done in an old fashioned way, because as we know online world started becoming more familiar with people only from 1990’s. Obviously, he cannot solve it in the same way as he does now in 2019. So, how will he begin such a case? 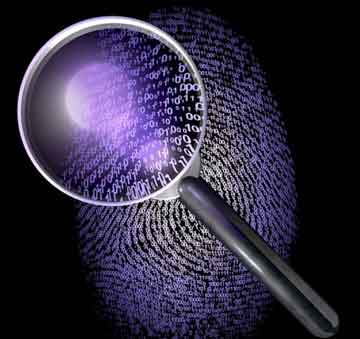 To gather background information about this employee, he could send a telegram/telegraph or use a telephone and if he is still not able to establish any contact or get in touch with other people in order to gather information, then he would have to actually visit Mr. X’s school, colleges and previously worked places, inspect the physical records and verify each and every detail with the one available to him. None of these options, seems convenient or fast enough to get a job done. He will also be needed to discreetly contact those people who were associated with Mr. X, which will ultimately involve meeting them face to face and gathering their opinion about him. If he is going to meet those people, it is possible that some of them may not be available to him, for physical interaction. In this situation, it will take him longer time than expected to complete the case. It would take around 2-3 weeks or may be a month, for completion of the case, depending on the situation. It would also require a lot of travelling, boarding and lodging expenses etc.

Thus, from the above two examples, it is easier to understand, how technology has slowly became a crucial part in the life of detectives. But, the above two situations also raises a question;

Has Technology replaced the need of human mind? Can detectives solve the cases by only depending on technology alone?

The answer for the above question will be No. Technology is just an aid to complete the task at a faster rate and in an efficient manner, but it can never replace the human mind. A systematic plan of investigation has to be drawn before the exercise, leads and clues have to be master-minded and monitored.
If the investigator is using modern technology to complete the case, he would still be required to use his intelligence, his wits and other tactics to finish a job. Technology is complementary and not a substitute to human intelligence. It has been rightly said that:-
"Technology changes the quality of life. Technology cannot replace human intelligence"

Therefore, it can be said that technology is just a sidekick or a friend to the detectives. A large part of the work requires his own presence of mind. Technology can just figure out, what is needed to be done, but the detective is the one, who will be needed to decide, how it is to be done.
If you take a look at the above stated examples carefully, you may notice that in the case, where modern technology is absent, detectives are still able to complete the cases successfully. Yes, they may take more time, but the point is they can find a solution to the problem, by using their intelligence and cleverness alone. This proves that human brain is so powerful that it can find a solution to every problem, even when the options to seek help are limited. Thus, I would like to conclude with a beautiful quote

"Technology can never replace the greatest minds, but if technology in the hands of greatest minds can result in something phenomenal & extraordinary" 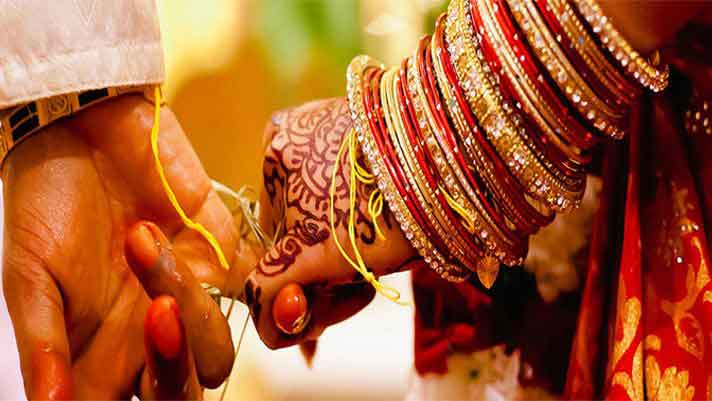 We are offering you highly discrete pre matrimonial investigation services in Dubai, India & helping you to take right decision by verifying all the details and information given to you by the other family for the marriage purpose. It’s always a sensible step to go for background check before marriage as it is the most crucial decision for both boy & girl. 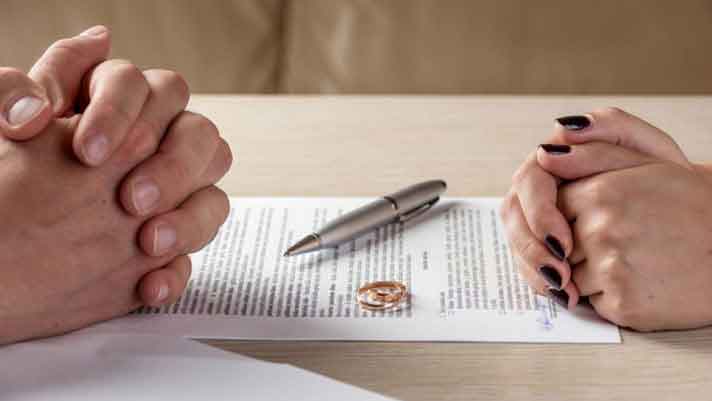 It’s really a tough time when you plan to go for filing divorce with your partner. Before you make accusations or serve your partner with legal paper, you need to get prepared first. Hire our investigation services to help you collect evidence and proofs related to infidelity and other financial matters. Hire now you can trust us. 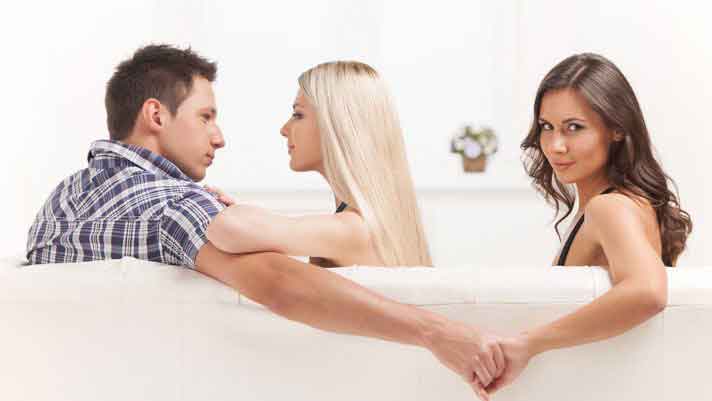 Is your partner cheating on you? Are you suspecting on your partner? Hire our professional investigation services to unveil the truth behind. Before taking such suspect you must observe clear changes in your partner’s behaviour like time spent with you, sudden increase in work hours or meetings, hidden expenses etc. 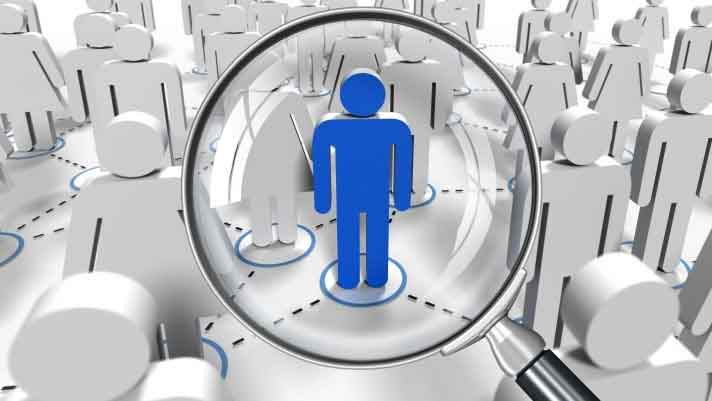 City Intelligence detective agency can help you to locate a missing person weather your relative, child, debtor or person of your business interest. We have access to huge database like domestic & international and our highly trained professional will search for the missing person in every possible way and provide you the information and evidences of that person.

Read More..
The Facts You Need, When You Need Them

Hiring City Intelligence is the only call you’ll ever have to make. We guarantee the professionalism of all our staff, and pride ourselves on our reputation to deliver the best possible results for all of our Clients.

We are one of India’s established and most respected Private Investigators. With over 22 years of experience in investigations helping people resolve their problems we are here to assist in all aspects of private investigation providing a cost effective service. Our investigators are experienced, skilled and from a law enforcement background. We get results. Of course not all problems have quick and easy solutions however we will provide you with the options best suited to your situation.

"Brilliant work and the very best service I have ever had from a private investigator. The efforts expended to locate the target despite the erroneous details provided by our client, the quality of the contemporaneous notes, photos and speed of reporting and your availability and mustering of competent, professional resources is something for us all to aspire. I certainly won't use anyone else in the future"

"An experienced professional who provided an excellent service from beginning to end. Every aspect was covered from planning and execution to the legal paperwork and support required to ensure a successful conclusion with the least amount of stress and fuss."